What are superfoods and what benefits do they give 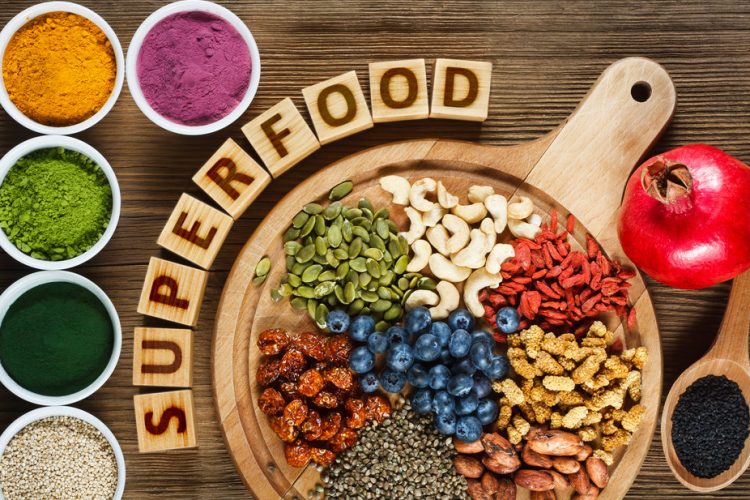 Superfoods are foods which are attributed particularly healthy properties due to their high content of some specific nutrients, such as vitamins, fibers, antioxidants or active phytocompounds.

Among these there are seaweeds, Goji berries , avocado, chia seeds, blueberries … thanks to the web they are talked about more and more boasting their properties , but what are the benefits they bring. Are they really super as they say?

Because super foods are super

Treccani catalogs superfoods as “ products considered super-rich in nutrients and super-benefits: it is a category of foods more sought after than ever, even if the scientific value of the properties attributed to them is questionable … have now become an obsession, halfway between the table and well-being . ” The description is very interesting because it leaves many margins for interpretation, which are often filled by non-experts on the subject.

At the legislative level, this term is not regulated: yet the term superfood is used freely as if to suggest a marketing strategy. Yet, from a scientific analysis of the properties boasted by these foods, it soon emerges that the properties that categorize them as super are by no means exclusive.

It is no coincidence that the European Union has decided to eliminate this term from the list of allowed claims on foods, unless it is possible to demonstrate the specific functionality with strong scientific evidence, in which case the food in question can be defined precisely as “functional”.

In a publication of the Joint Research Center of the European Commission, it is stated that functional foods are functional foods if their positive influence on the organism is satisfactorily demonstrated, and they must demonstrate their effects in quantities that can normally be expected to consume in a normal diet: they are not pills or capsules, but are part of a normal eating pattern.

Moral? When you look at the label of a product, if it is really a food that can improve your well-being, it will say exactly what it does and why: otherwise it’s just advertising.

The problem is that we are willing to spend more on something that is advertised as incredible, rather than changing our diet in a more concrete way.

The benefits of superfoods according to science

A recent systematic review wanted to examine the correlation between the consumption of superfoods and any changes in the various parameters of the metabolic syndrome, taking into consideration as many as 17 foods, including blueberries, garlic, ginger, spirulina, goji berries and seeds of chia.

In all of the 113 studies examined, only partial evidence was found, due to not too consistent results or the limited number of controlled intervention trials.

In another review study, which evaluated a possible role of functional foods as a way to promote weight management and prevent obesity and its metabolic consequences, the conclusions are slightly more favorable.

But even in this case, albeit admitting the usefulness of functional foods in a balanced diet, the study concludes that the scientific evidence is unclear and in most cases more in-depth studies would be needed to fully understand all the various mechanisms and their effects.

Just a few months ago the Cambridge University Press, referring to functional foods, also published an article in which the question was specifically “Are [their compounds] bioactive effective in weight management and in the prevention of metabolic syndrome?” whose answer is and remains inconclusive, as the evidence in the various studies is controversial.

In any case, they can be placed in the context of a healthy diet.

I want to offer you a mini critical review of what are usually the most advertised and sold so-called “ superfoods “: surely you have happened to read something about it, see them in the store where you shop or hear some of your friends boast of their properties.

Seaweed, such as spirulina or kombu seaweed, are known to be present in oriental preparations, but are gaining more and more visibility in the West as well.

For vegetarians or vegans, seaweed is a good way to add vitamin B12 to your diet.

On the other hand, algae have a high iodine content and could be a problem for people with thyroiditis.

Small tip: kombu seaweed can be very useful for making legumes more digestible if put in soaking water, but remember that the same effect is given by the more common laurel .

Their antioxidant power is very high according to the ORAC tables: these are tables drawn up by the United States Department of Agriculture (USDA) that classify the antioxidant capacity of foods by laboratory analysis.

Too bad this database was withdrawn by the USDA itself in 2013: apparently the ORAC values ​​were (and still are) abused by food companies to promote their products and also the antioxidant effects of foods measured in vitro are not overlapping to in vivo tests.

Blueberries are considered superfoods due to their anthocyanin content: according to a meta-analysis on cohort studies, it seems that a high intake of these flavonoids is associated with a reduced risk of mortality from cardiovascular disease.

However, this supports the recommendations for a high intake of fruit and vegetables and the need for variety in the diet, not a particular food: the other blue-purple vegetables also contain this type of substances.

They are mainly used in smoothies (more simply smoothies), as thickeners, in yogurt or salads to increase the fiber, protein and omega 3 content of various meals, and are attributed important properties for cardiovascular prevention.

However, these properties are not so great according to a review that took into consideration several studies: the results are in fact not relevant from a statistical point of view.

Avocado is a fruit with a very high content of unsaturated and monounsaturated fats, and its consumption has been shown to be useful in controlling risk factors regarding heart function.

Does it remind you of anything? Well, extra virgin olive oil and dried fruit, although not completely overlapping on the nutritional profile, contain the same type of fat: avocado can easily be added as an alternative.

The catechins present in green tea have beneficial effects both on various diseases and on weight control.

However, to have real benefits we should take large quantities: the health effects are in fact studied starting from concentrated extracts of these components from green tea, which however are poorly absorbed when taken orally.

Green tea is still an excellent substitute for coffee.

With its high content in water, fiber and micronutrients, black cabbage is increasingly present among the super ingredients.

No wonder: all foods belonging to the cruciferous family, such as cabbage, Brussels sprouts and broccoli , boast properties that promote good health, so there is no need to stop on a specific variant only.

If you want to know more, I already talked about it in this article.

Two spices to which numerous abilities are attributed, due to their anti-inflammatory power, are in fact highly studied for possible benefits on even serious pathologies.

Small detail: as for the catechins of green tea, also in this case clinical studies are carried out on concentrated extracts of the active ingredients of the two spices, that is curcumin and gingerols, it is good not to confuse this with the alleged exceptional effects of the two spices on health.

In any case, these and other spices are very useful, for example, to reduce the amount of salt you introduce into your diet and give a different flavor to your dishes.

What is the conclusion?

Nothing prevents you from using the foods I mentioned, quite the opposite!

But the fundamental concept you need to keep in mind is that it is not the single food that really counts, but the combinations of what you eat, the total sum of nutrition during the day and during the week .

The truth is that buying one of these foods, in their usually colorful and reassuring packaging about their functionality, already makes you feel a little better … but if you go to the bottom of the matter you will realize that the danger of turn it into an alibi.

Instead you have to work on your eating habits trying to figure out how you can turn the food you eat into a weapon to live better. 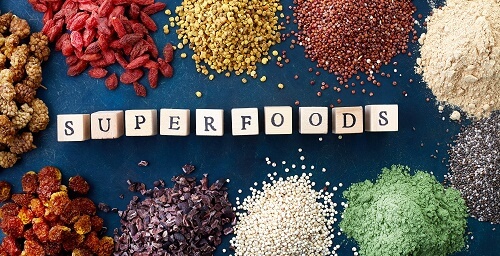