A food style that has been talked about on the web for years is the so-called Paleo Diet.

It is so called because it is believed that traces the way in which Paleolithic man fed : we are talking about 2 and a half million years ago, when the construction and use of tools stone was being refined and the food seems to have been based on the collection of fruits, berries and herbs, on the hunting of wild animals and on fishing, while agriculture and livestock did not yet exist.

Yet the Paleo diet is not a recent topic: the first hypotheses were born around the 70s-80s, but these are unconfirmed theories, because in fact we have no way of knowing for sure what our ancestors ate (they were hunter-gatherers).

Its main popularizer is Loren Cordain, nutritionist and professor at the University of Colorado.

Principles of the Paleo Diet

The fundamental concept behind the Paleo Diet is that the optimal diet for humans is that to which we originally genetically adapted.

The theory is that human evolution has not kept up with environmental changes: today’s processed foods can lead us to have problems, while a simpler diet, such as that adopted by the first humans, could be better for health.

In a nutshell, the current and extremely widespread consumption of cereals, refined products, legumes and dairy products has disrupted our body and increased the incidence of metabolic diseases such as diabetes, hypertension, hyperlipidemia, obesity and cardiovascular diseases.

There is some evidence: it is certainly true that nowadays there is an exaggeration in the consumption of foods such as refined cereals and sugars, and that precisely for this reason the incidence of obesity and related diseases is increasing .

But the discourse of completely eliminating some food categories must be taken into consideration with some caution: extremes in the food sector are never a good solution.

What are the general rules of the Paleo Diet and what do you eat?

According to Cordain, an ideal diet should be based on specific characteristics and to follow them we should only introduce those foods that mimic those that our hunter-gatherer ancestors ate.

For example, according to current guidelines, proteins represent about 15% of a person’s daily calories, while in the Paleo Diet they should reach at least 19-35%, through a high consumption of lean meat, fish and other animal products , foods rich in noble proteins.

The carbohydrate ratio also changes : they should represent 35-45% of daily calories, unlike current indications which tell us to reach 45-60%. Furthermore, the sources should be mainly fresh non-starchy fruit and vegetables (ie no potatoes or other tubers!) With low glycemic indexes, categorically excluding any type of cereal, even whole grain.

As for fats, the Paleo Diet requires a medium-high intake, favoring mono and polyunsaturated ones and a good balance of omega-3 and omega-6 but eliminating trans fats. So yes the fish, oilseeds and tree nuts.

The high consumption of fruit and vegetables allows for a good supply of vitamins, antioxidants and beneficial phytochemicals, in addition to a sodium / potassium ratio in favor of the latter, which is important for the proper functioning of the heart, kidneys and other organs.

After all, the WHO has been arguing for years that the consumption of fruit and vegetables should increase.

In favor of the thesis against cereals, on the other hand, there is the fact that they contain some substances that reduce the efficiency of the absorption of some micronutrients.

The place where he lived could greatly influence the type of food of the caveman: man hunted, collected and fished, favoring one method over another based on environmental conditions, for example the proximity or not to the sea, the woods or the forest.

It is therefore difficult to establish a single type of ideal meal, but in general the Paleo Diet would like to reward quality rather than quantity: local, organic, non-GMO products such as fruit, vegetables, nuts and seeds, fish caught and fed meat with grass and not with fodder, fresh rather than frozen or canned products.

On the other hand, any industrially processed product should be excluded: no to dairy products and cereals, potatoes and legumes, sweeteners, foods with hydrogenated fats, refined oils, coffee and alcohol.

The pros and cons

The principles behind the Paleo Diet are quite shareable on a theoretical level, and I want to put you in a position to tackle the issue with a critical view.

In favor of the Paleo regime there are several points:

On the other hand, however, we have several critical issues:

We should first of all distinguish between what is understood as the “original paleo diet” and everything that is passed off as belonging to this regime, which comes from non-academic popularizers (unlike Cordain).

The comments on this regime are as follows:

The environment has changed . As we have seen, the theory speaks of meals that abounded in fruit and vegetables, seeds, dried fruit, and depending on the area, fish or game meat, but the nutritional composition of these foods is not exactly that of the Paleolithic and adopting the same diet we would run out of some micronutrients or an overabundance of others (such as fats).

We have changed . When you wake up in the morning you don’t go hunting in the forest, but you try to remember where you parked your car .. We don’t live in extreme environments, we don’t fight every day for life or death! Over time, our intestines have also changed due to evolutionary factors.

We must also pay attention to the way in which the term paleo is spent. There are entire lines of paleo food products, but the scientific evolutionary aspect remains the one to take into consideration (and these were the intentions of its main popularizer).

When a diet requires a lot of sacrifices it is not necessarily a bad thing, even the fact of giving up simple sugars could be expensive in terms of humor and also energy, yet it must be done.

Of course, we have already seen that even in the case of other diets particularly popular on the web, based on a strong caloric restriction mainly induced by the almost total renunciation of carbohydrates (essential to provide energy to our body), results are obtained, but the biggest obstacle is to maintain weight, the right ratio of lean mass to fat mass throughout life, not just for the first six enthusiastic months of dieting. Remember that your health passes through intelligent choices, which can be maintained over time. 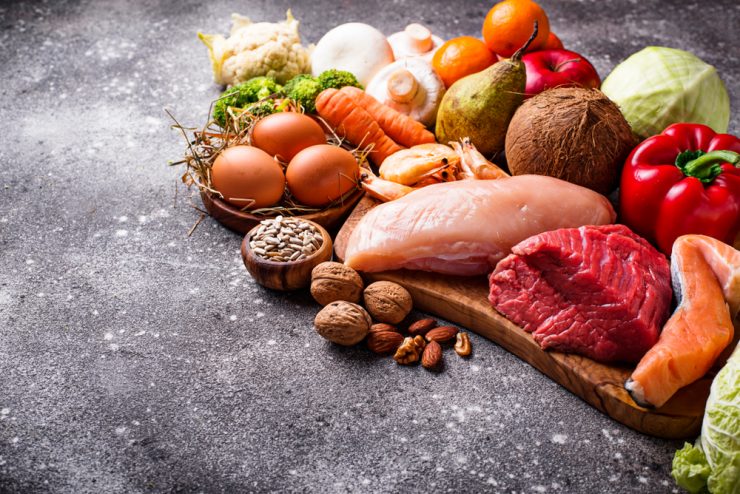