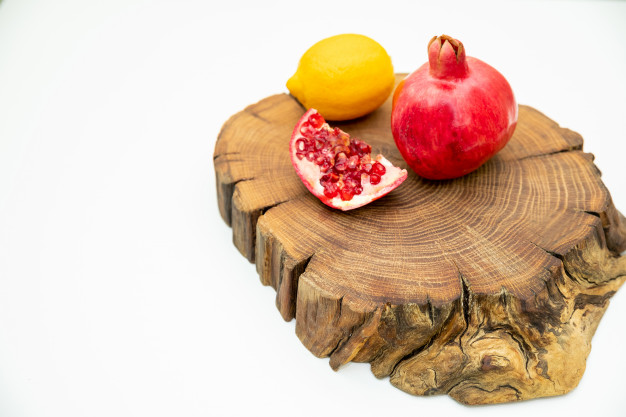 With this article we continue to review the most popular diets, at least on the web. Today, let’s talk about the Plank diet.

I’ll be honest, I had to do some research on the subject. Do you know how many scientific studies I found on the “Plank diet”?

Let’s start with the name. It is reported as “Plank” or “Planck”, but in truth we don’t even know where it came from: it seems to have been linked to the research institute of the famous German physicist Max Planck (the father of quantum physics), but it seems more an urban legend. The name sounds good though and seems convincing.

The web is full of sites that explain how the diet works, the distribution of foods over the days, the effects of following it and even the weekly schemes, with various forums where those who have adopted it discuss advantages and disadvantages .

In a nutshell, this is a shock approach, a so-called “lightning diet” that lasts a maximum of 2 weeks and which, it is said, would lose 9 kg in this period of time.

What are the principles on which it is based

The Plank diet is based on a high-protein and low-calorie diet , which means that much more protein is eaten than the normal requirement, basically of animal origin, while the total calorie intake of the day remains decidedly low.

It includes the 3 main meals without snacks, with specific foods allowed and others prohibited.

No substitutions are contemplated.

The quantities of foods allowed in many cases are not specified, leaving decision-making power to those who decide to adopt it … that is, it is a do-it-yourself .

If you seem to hear a wake-up call, you’re not doing it wrong.

What is the typical menu of the Plank diet

You can easily find various diet and weekly table proposals on the internet.

What you can eat comes down to very few foods: lots of meat, ham, eggs, fish, coffee or herbal teas with sweetener, some vegetables, fruit almost every other day.

Sugar, alcohol, condiments (even extra virgin olive oil!) and legumes are absolutely prohibited. Almost zero carbohydrates from cereals. Sometimes a sandwich is allowed, but only on certain days.

Coffee always without sugar, but with permitted sweetener. Meat always cooked on the grill or in a pan.

Few indications on quantities, but at least 2 liters of water per day. The pattern is repeated the same for 14 days and includes a free meal at the end of each week.

Apparently this regimen really makes you lose weight quickly, many kilos depending on how well you managed to maintain the diet.

This is the only advantage, but the negative aspects are different.

Taking a look at the forums where the topic is addressed, it seems that the “Plank diet” is really hard to follow .

The main and negative effects concern headaches and extreme lack of energy , but it is easy to understand that the total caloric intake is so low that it makes it difficult to face your days normally.

The psychological demoralization , if the desired results are not achieved, is also inevitable, as is the feeling of hunger.

In the long run, the situation worsens further, as people who have managed to carry out the highly restrictive regime usually recover in full (and even more) the kg lost so hard, remaining with nothing. hand made: in fact there is no maintenance diet after the two weeks of “shock”, which inevitably leads to resuming the old eating habits, probably incorrect.

In particularly delicate cases, taking such a path can increase the risk of incurring eating disorders. 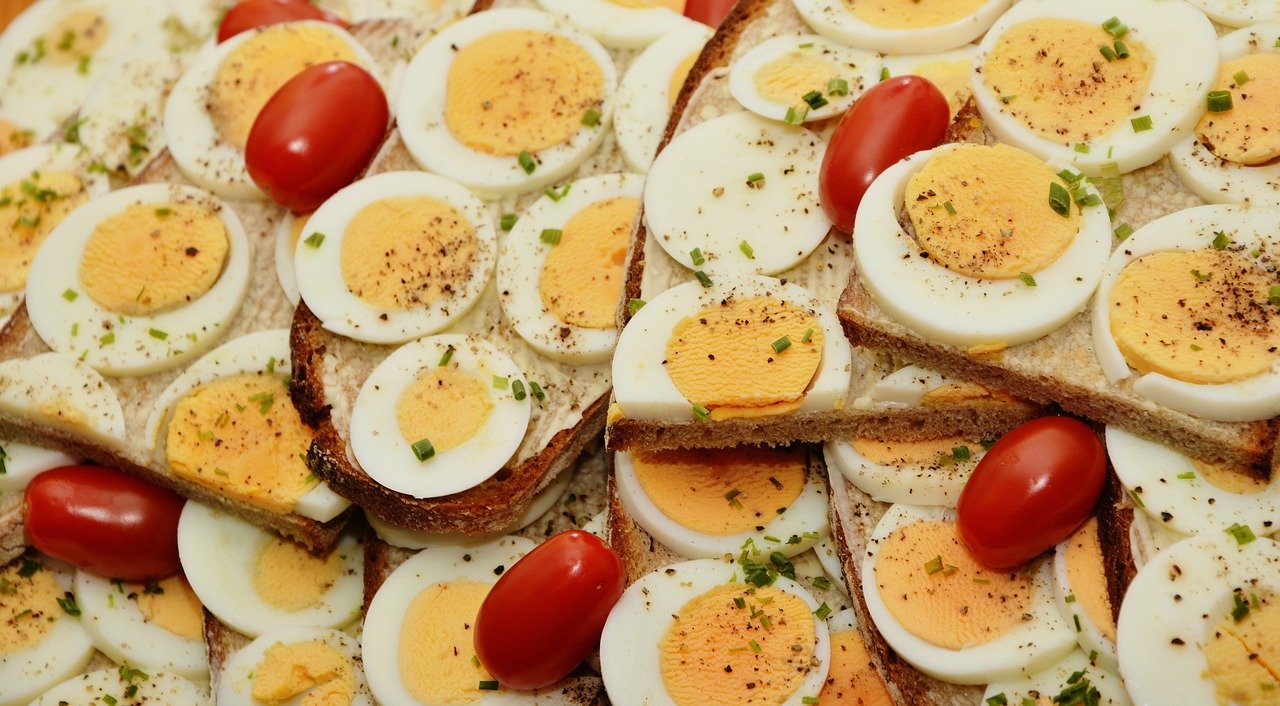 This type of diet is completely contraindicated for those who are in pathological situations such as diabetes, cardiovascular disease, kidney or liver disease and, but also for those who take drug therapies.

It is not suitable for different population groups, such as pregnant or lactating women, children and the elderly.

Another criticism that can be made in this regard is the fact that this regimen makes no mention of any physical activity : to be able to acquire a balanced weight that lasts over time it is it is essential to combine targeted training with one’s diet , otherwise the risk is only that our body will go to energy savings, since in fact, food is cut. Furthermore, by claiming to act on the metabolism, it seems to ignore the fact that this is never constant and that it changes over the course of life.

Of course it is not suitable for those who follow vegetarian and vegan principles.

What science says about these principles

To tell the truth, there are scientific researches on similar diets, that is low-calorie and high-protein, which however have not given clear results when compared with a low-calorie but norm-protein diet.

In a recent study, for example, in which the results are compared between a low-calorie diet with high protein content and one that is always low-calorie but with normal protein intake, there are no significant differences between the weight losses in the two groups examined. .

On the other hand, in a 2013 systematic review that considered 15 different studies, a comparison was made of the long-term effects between high-protein and norm-protein diets.

The subjects examined were almost 2000, but among those who took more protein from the diet, no particular beneficial or harmful effect was found with regard to body weight, cardiovascular disease or glycemic control, which is why it seems at least premature to recommend high-protein diets in the management of overweight and obesity.

When you want to lose weight somewhere you have to start, with the balance of macronutrients, but a diet that does without physical activity and a decisive change in lifestyle, is simply not sustainable over time.

This is to make you understand that studies are there and are being conducted continuously, but the evidence has never been clearly in favor of a diet with a high protein intake in relation to mere weight loss. Of course, if you give up on carbohydrates entirely, you lose weight, but you are also forgetting to refuel your body.

It should also not be forgotten that the “Plank diet” we examined is never mentioned .

My opinion on this

If you’ve been following me for a while, you already know this, but if you don’t know me, I’ll specify one thing right away: everything I say about food, training and inner work has a scientific basis.

The information I provide is based on real data, scientifically proven and critically examined, not on fads. Principles also applied in the profession in highly specialized contexts.

The “Plank diet” is a type of regimen almost comparable to the “ anana diet s” found in some summer magazines: it is not a codified regimen, it has no caloric or nutrient percentages to fall into, on the contrary, it establishes completely arbitrary quantities, it makes you lose weight that will most likely be recovered in the long term, it is aggressive and uneducative.

However, I decided to explain to you what it is so that you can have some more tools if you are looking to lose weight in a healthy and lasting way: remember that “diet” means “lifestyle” and does not it must necessarily involve hardship and inconvenience .

Keep in mind a simple example like that of Harvard’s single dish: just divide your plate so that half is occupied by vegetables, while the other half will be further distributed between a protein and a carbohydrate source. such as oily fish and whole grains.

To improve metabolism, physical exercise is perfect, it has positive consequences, not only on weight. In addition, it introduces an element of action that goes beyond renunciation. When you have to give up you are taking away something, when you exercise you are adding something. It is also positive mentally, because you are gaining an element that you did not have before. On the other hand, you lose the unhealthy excess of fat, which also annoys you on an aesthetic level.

Small, constant changes to your daily habits will benefit your weight and health and that I explain well in my health boosting course. 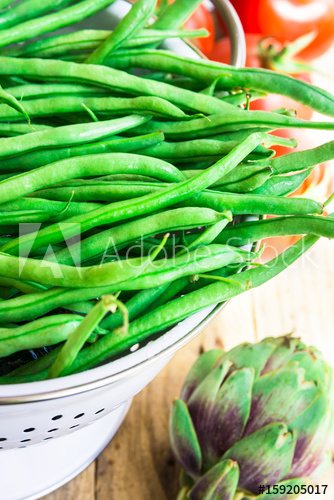